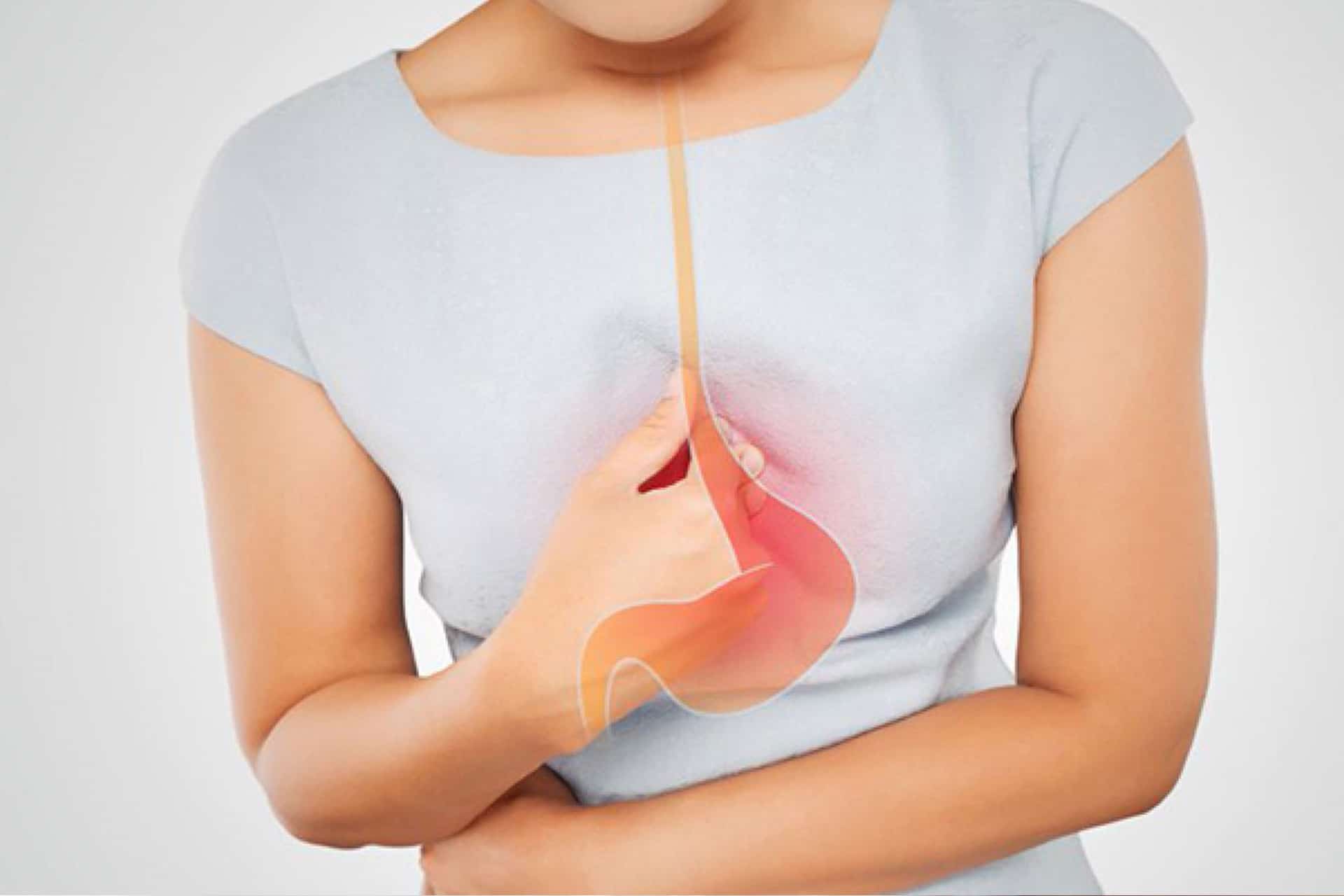 Gastroesophageal reflux disease/Gerd or chronic acid reflux affects millions of Americans and is often left untreated or under treated.

Gastroesophageal reflux disease, or GERD, is a condition where stomach acid travels upward into the esophagus frequently, causing a variety of symptoms and possible complications. If you have been diagnosed with GERD, you are not alone. It is estimated that as many as 1 in 5 U.S, adults suffer from GERD. GERD symptoms range from mild to severe and can be infrequent or a daily occurrence.

For some, reflux is intermittent with a more predictable onset, like immediately following a large meal or after indulging in certain types of food. Alcohol, chocolate, coffee, tomato sauce and citrus-based food and drinks are common GERD triggers.

For others, reflux is a daily occurrence that leads to a significant impact on quality of life. It impacts nearly every part of life, including sleep quality and overall productivity, limited food choices and mealtime restrictions and even social habits. It can be an isolating experience, as both a mentally and physically challenging disease to live with. GERD can also be dangerous by causing tissue damage that may result in ulceration, strictures and even increases the risk of esophageal cancer.

The most common symptom of GERD is heartburn. Heartburn can be described in a variety of different ways, but typically it involves a feeling of burning, pain, or pressure in the chest area. It can last for a few minutes or even hours. At times heartburn can be so severe that it is occasionally confused with a heart attack.

Other typical symptoms include regurgitation of fluid into the mouth, a bitter acidic taste in the back of the throat and frequent throat clearing. Difficulty swallowing or the feeling that food is getting stuck in the esophagus (dysphagia) can also be associated with GERD.

Less typical symptoms include chronic cough, hoarseness, asthma, bad breath, dental erosions and even pneumonia. The presence of these symptoms will often take patients from the Gastroenterologist’s office to specialists like Ear Nose and Throat physicians or Pulmonologists.

The Anatomy of GERD

Often, patients with chronic GERD have a weakening of the lower esophageal sphincter (LES) and/or a hiatal hernia. The LES is a muscle that is intended to help control the flow of food contents down through the lower esophagus into the stomach, and to prevent stomach contents from traveling back up into the esophagus. In patients with chronic GERD, this muscle is weakened to the point where it cannot effectively do its job. This can simply be due to age, family history or factors that increase abdominal pressure, such as obesity and pregnancy.

The other anatomic component that often exacerbates GERD symptoms is called a hiatal hernia.  The hiatus is the natural hole in the diaphragm through which the esophagus passes to become the stomach. A hiatal hernia occurs when the hiatus stretches and enlarges the stomach to push up (herniated) into the chest. This mispositioning of the stomach can lead to increased reflux episodes and worsening symptoms of GERD. It can specifically cause chest pain, difficulty swallowing (dysphagia), nausea, vomiting and shortness of breath.

An upper endoscopy, or esophagogastroscopy (EGD), is when a physician uses a long scope with a camera at the end to view the inner lining of a person’s esophagus and stomach. If they see irritation or inflammation as described above, they will often diagnose a patient with GERD. This can also identify hiatal hernias. Both of which could result in a physician conducting any biopsies deemed necessary.

A pH study measures the amount of acid coming into contact with the esophagus. A small sensor is placed in the lower esophagus during the upper endoscopy, which measures the acid levels that are refluxing into the esophagus over a couple of days. The physician then determines if those levels are normal or above normal － above normal levels are an indicator of GERD. This is often a critical study to confirm a GERD diagnosis.

A barium swallow is a test where you drink a liquid contrast material containing barium, and then X-rays are taken of your chest and upper abdomen while swallowing. You may also be asked to eat a small amount of food during the test, such as a marshmallow and bagel. This allows the physician to analyze the anatomy of your esophagus, the size and shape of any hiatal hernia and to detect any abnormality in the function (motility) of your esophagus. If your esophagus has abnormal motility, then you will likely need to undergo esophageal manometry.

Esophageal manometry is the gold standard test to evaluate the function of the esophagus. The swallowing mechanism is a complex, highly coordinated series of muscular contractions and relaxations that propagates food from the mouth, all the way down the esophagus and into the stomach. If this is abnormal, you may or may not already have difficulty swallowing. Manometry provides detailed information to the physician about the function of your esophagus and determines which operation you may be a candidate for.